The Wargame of Thymbra The Deployment 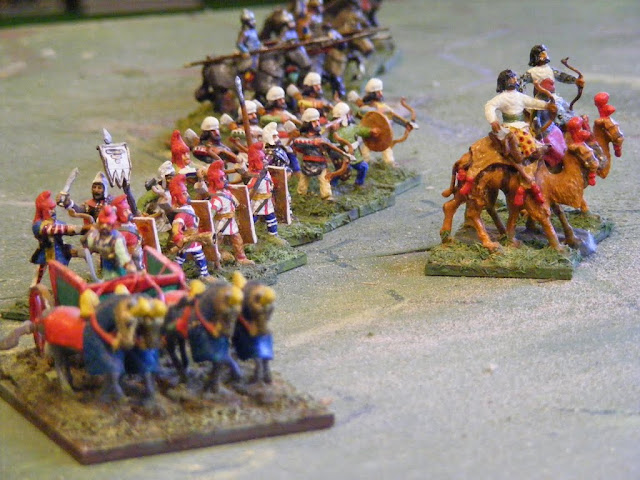 The Medes deploy for battle, cheesy gimmick troops to the fore.

Having decided to play this out using our Hex version of Basic Impetus, I set out to design the armies by crossing some Persian Beta lists with the accounts of the battle crossed by what I had ready to go. The results are roughly equivalent to double Basic Impetus armies.


BATTLE OF THYMBRA ORDERS OF BATTLE


Cyrus King of the Medes and Persians

Since the camel riders were supposedly a last minute improvisation, I decided to not allow them to charge.