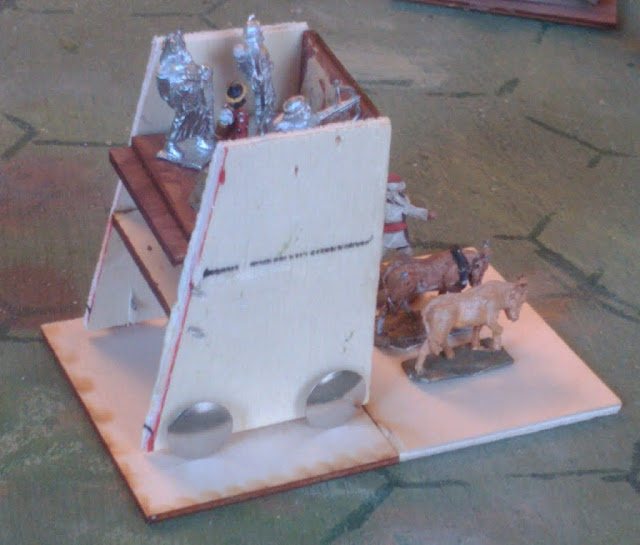 I was trying to decide if I could get away with doing Thymbra without one of Xenephon's, I mean Cyrus's War Wagons. Seems a waste to build a couple and use them once, but what the heck. So I'm going to build 1, out of scraps, minimum work, just a few details and a lick of paint but I think it'll do for 1 game and then a prolonged lounge at the back of the shelf. I've borrowed oxen and have promised to send them back to the baggage train afterwards.

The fighting platform has some how ended up about 5mm lower than intended, that's what happens when you rush construction and used pressed labour rather than well trained engineers.

Now to turn some Basic Impetus army lists into a liberal interpretation of the opposing armies.
Posted by Ross Mac rmacfa@gmail.com at 6:39 AM