The Migrating of Hosts 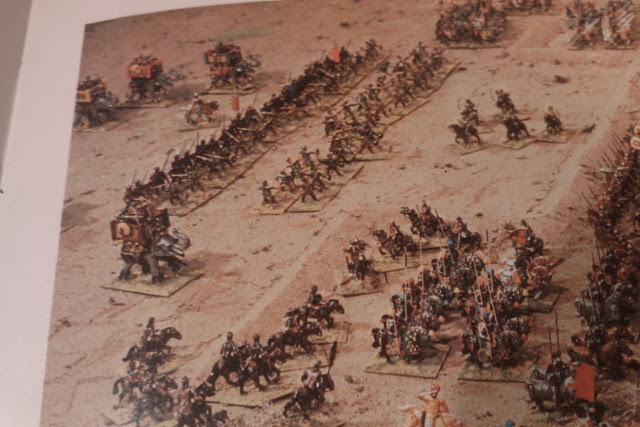 One of a series of very influential pictures from The Art of Warfare by David Chandler. The figures are of course Peter Gilder's Sassanid army which I once had the pleasure of seeing in person (from the public side of a barrier).
Its been about a score of months since I began this Lydian-Mede War. It has lurched along uncertainly and more slowly than hoped for with few figures painted and almost as many Greek-Persian battles as Mede-Lydian ones. There are many external factors but clearly once my initial excitement over finally having a unit of Garrison Phrygians was over, what I needed to paint up were not what I had wanted to be painting and even without the high proportion of  Greeks,  it didn't feel as exotic and fantasy-ish as I hoped. So, once I have fudged a battle of Thymbra this fall, I am going to declare the campaign over.

Luckily, nothing that has been done has been wasted. The Phyrgians, Thracians and the best of the Greeks will be incorporated into the Persian army as subjects and mercenaries. Turning my eyes east in search of a new campaign, my eye has fallen on  Hyrkania. (or Hyrcania) (yes there was an historical Hyrkania as well as the Hyborian one). A fertile outpost on the edge of the vast steppes, fortified with a long frontier wall studded with forts, this province on the shores of the Caspian Sea saw invasions and rebellions enough for any wargamer. The fact that we know so little about it is even more to the good.  I haven't worked out the details but I intend to pit a post Cambyses polyglot, multi-racial Royal Persian army against a Rebel King  with Saka, Drangian and various barbarian allies. 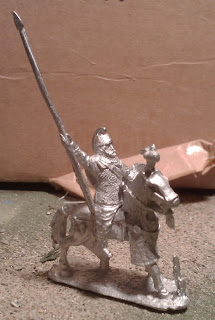 I've been fiddling with the Gathering of Hosts again and while casting about for a scenario to test, the battle of Tremsos from Don Featherstone's Wargames came to mind.  The illustrated report can be found here. 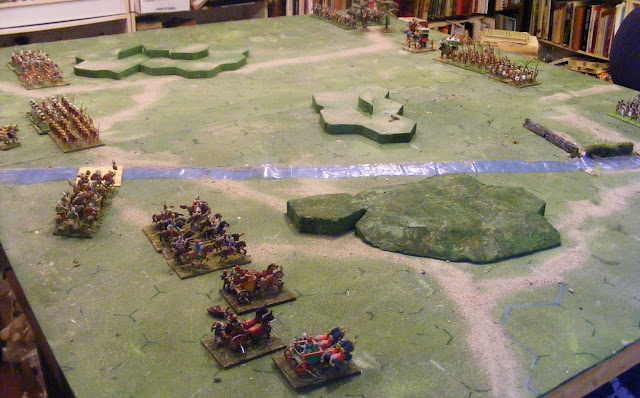 Posted by Ross Mac rmacfa@gmail.com at 12:45 PM No comments: 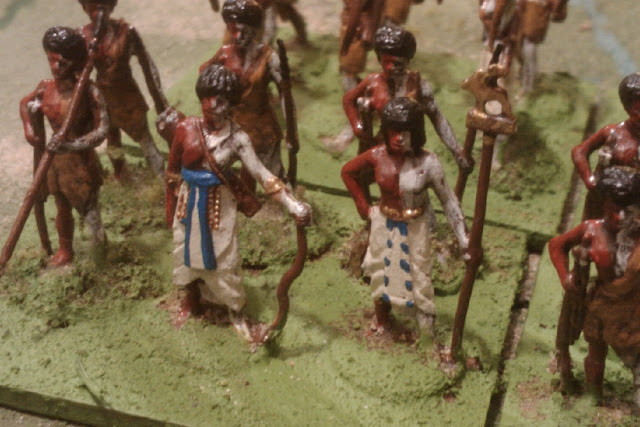 25mm Rose Prestige Nubian, Egyptian and Ethiopean figures.
When I bought the 1st Ethiopians, I was thinking of the Persian army and specifically, the army Xerxes raised to invade Greece. When I decided to back date things to the days of the Mede and Lydian wars, I wasn't quite sure what to do about the Ethiopians. Since Egypt had not yet fallen, Ethiopia wasn't likely to have been under Mede control and I see no reason that they would have gone so far to try to hire such primitively  armed mercenaries, even if they had access by sea.

While rereading Xenephon's Cyropedia, I was reminded of Egypt's alliance with Lydia. Xenephon has a large force of Egyptian "hoplites" fighting at Thymbra. I have things to do right now other than paint up 100 or so Egyptian spearmen but some Nubian/Ethiopian archer  auxiliaries?  Just the ticket, so I finally got around to painting a dozen Nubian archers to fill in the back ranks and make the unit up to 24 figures. Now, technically, the Nubians don't exactly match the Ethiopeans but for some reason I wanted some firing archers and also wanted a taste of more of the Rose figures. Once daubed with chaulk and vermillion, they blend well enough for my purposes. 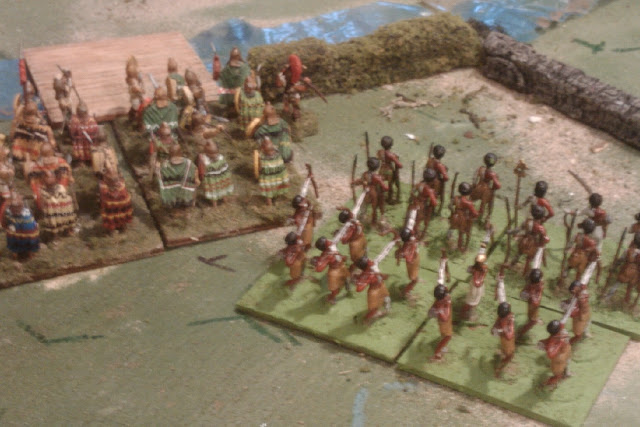 Egyptian and Thracian auxiliaries defend the "New Bridge"
Of course, explaining how the Egyptians came to tame, train and ship to Lydia, a selection of war elephants is going to be a bit tougher. Even tougher explaining why this facet of the Egyptian army has never come to light before........ But, how can you refight Trimsos without them? 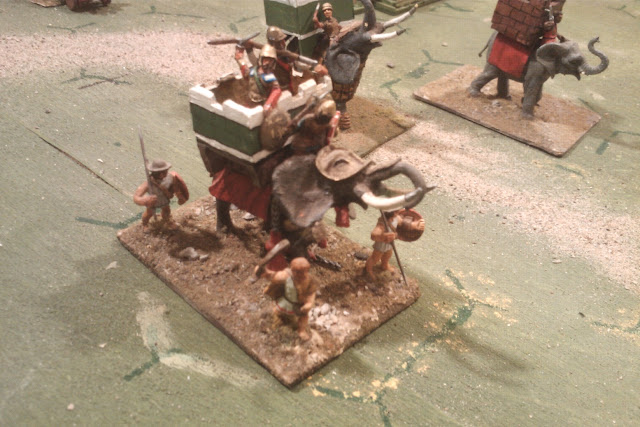