Legendary Lands Glimpsed through the Mists of Time

According to the myths and legends told around Midlish hearths, other peoples once lived in these lands. Ruled by great kings and warrior generals they fought epic wars and Kingdoms rose and fell. Word has it that after the fabled Draconian Wars ended, the Emperor gathered his Legio and his Comitatus and ventured Eastward over the sea to the far off land of his birth and that his scribes took with them the last full chronicle of the Time Before and that with his passing, fire and sword took the lands and darkness swallowed the past. 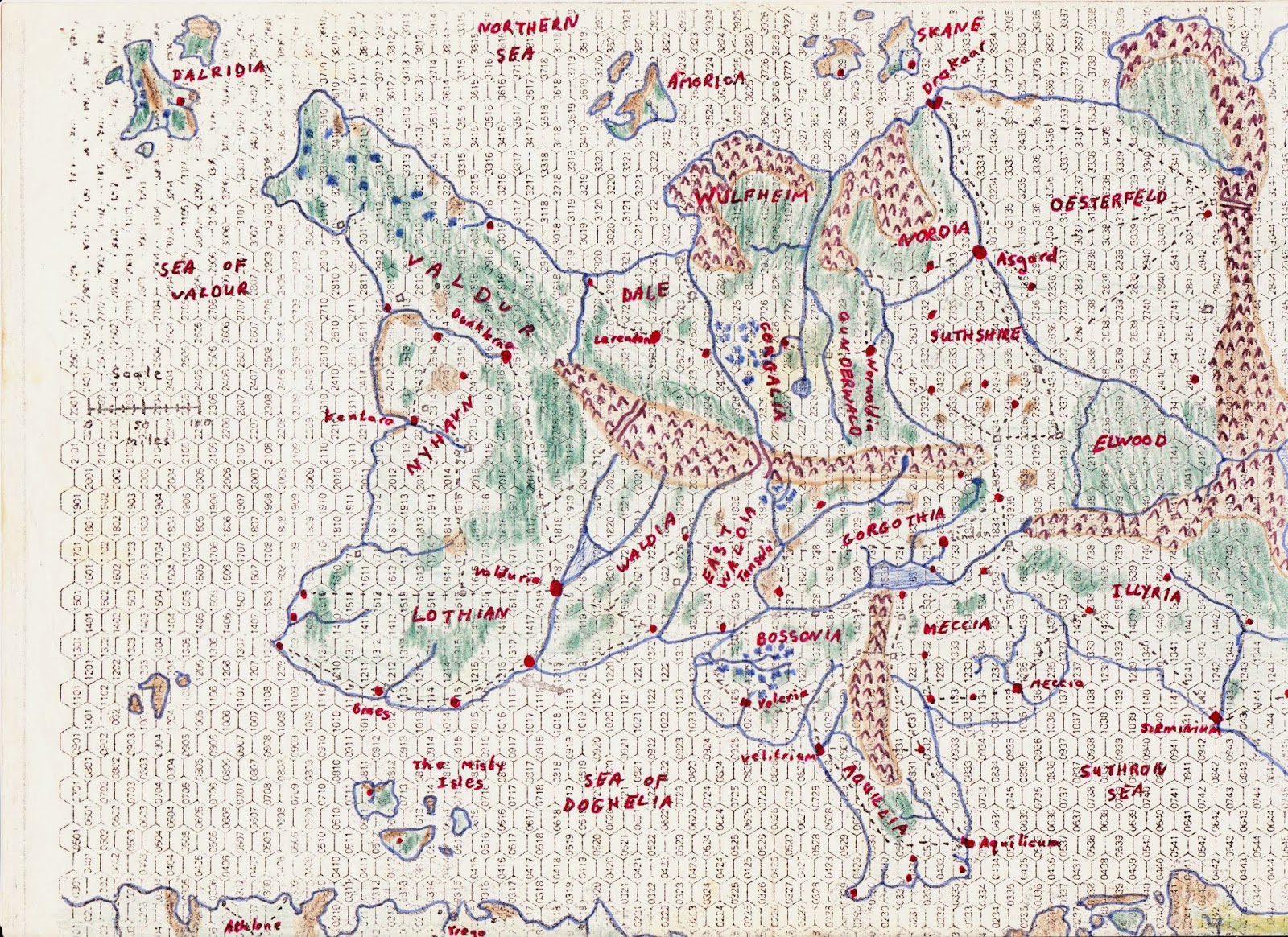 Every Scholar, Wiseman, or Mystic worth his salt has his own copy of a dusty, stained map of the Olde Lands, each sworn to be accurate and original, each different. Upon close inspection, this one appears to be not quite 40 years old and may be the work of the famous cartographer and historian, Simon, but the writing doesn't look authentic so it could be a copy.

To this day though, children, and old folk as well, still love hearing tales of the invasions by the tiny Dalriadans from the North, the 1/2 human hordes of savages from Wolfheim and the small but resilient Legions from far off Aquillia to the south and about how they were all defeated by the Warrior Queen Johanna and of how the shining Kingdom of Valdur arose and how it eventually fell and was lost so that today none can even say just where the great Royal Fortress of Dunklerne once stood. 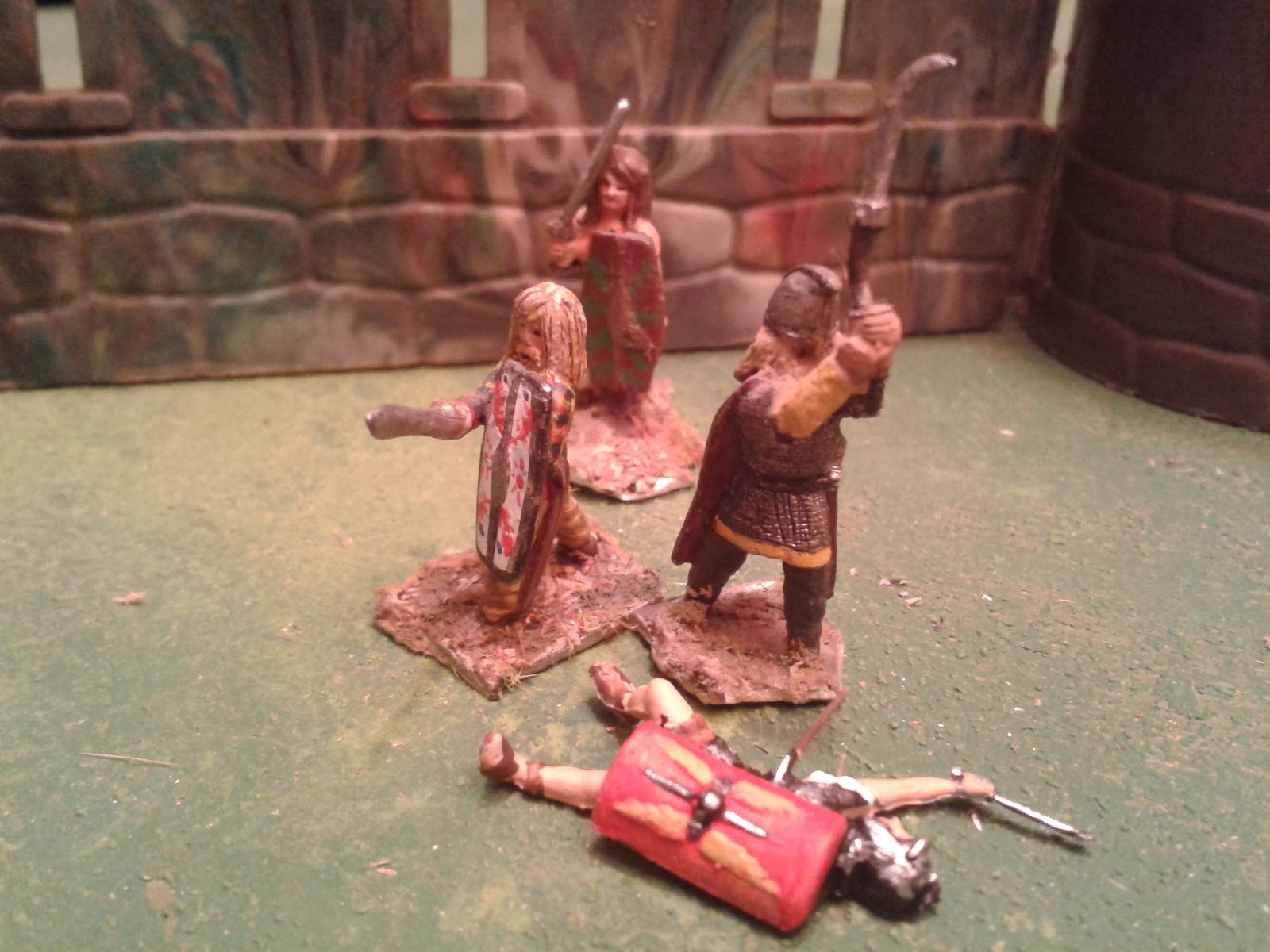 Artists conception of Ancient Valdurian warriors finishing off a wounded Aquillian of the Legio Aerphix. The original Dalridian and Valdurian peoples were of similar small  stature before the Invasions and the Age of Metal.

In the Midlands, when the winter winds howl, the days grow short and cold and life looks bleak, the folk build up their hearth fires and remind themselves that the heroes of old do but sleep in a cave in the mountains and that one day, they will  come again and bring Peace and Prosperity to all.