Two years ago I fought a couple of HOTT games on the Captain's Table and upon my return home I dug out some old figures and started putting together some fantasy armies. I never quite got to fighting any solo HOTT games but the armies have been waiting and when I looked around for a couple of armies to try out the latest modifications to the Gathering of Hosts, they just demanded to be fielded, Men of the City vs the Free Folk of the Forests. 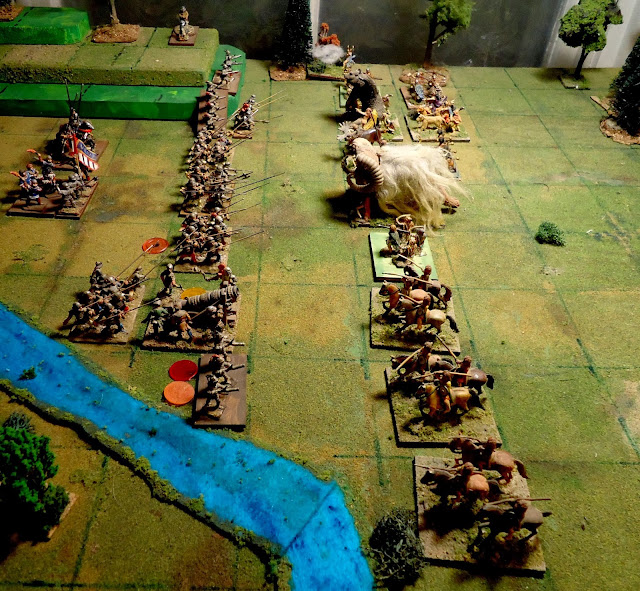 I haven't written any fantasy rules so I only used troops that could be classified as an existing troop type (ie behemoth = elephant) but I can see that changing!