Tales from beyond the frontier

Last March, 4 of us got together for a weekend WAB  campaign of the use what you got sort. My Persians, Gary's Assyrians, Big Jeff's Barbarian's and Little Jeff with his dad's Carthaginians.  We played four 1 on 1 games (2 each) and then the Persians with their Assyrian levies, err I mean allies against the various outlandish types. Having seen what was out there, we decided there was no need to expand the Empire. (unhuh, yup that was our story). 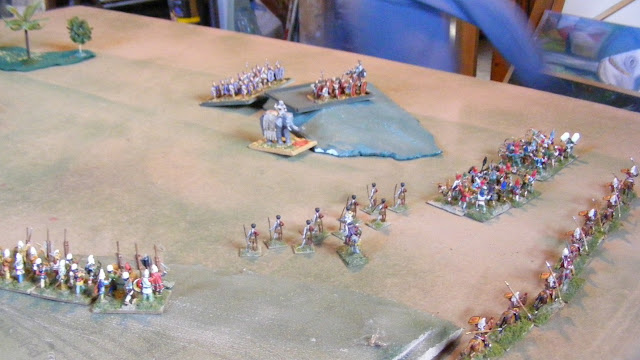 In the first game, Rosius destroys the Phoenician Rebels, err I mean the Carthaginians, despite their use of strange beasts. 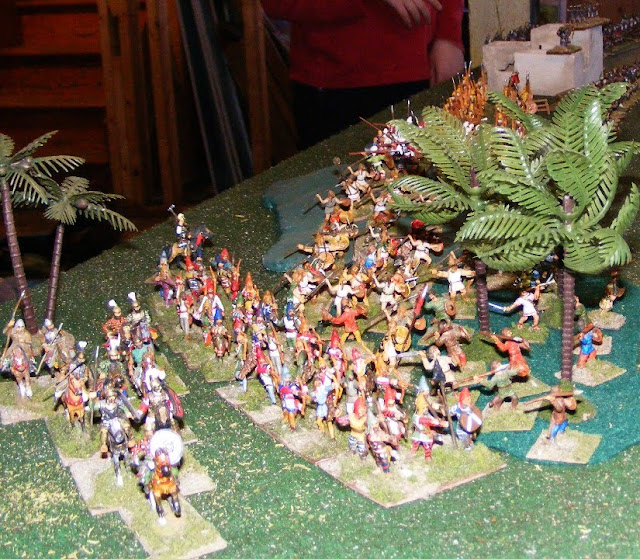 Persian levies massed for the final battle. Pity that our Assyrian allies cracked........... 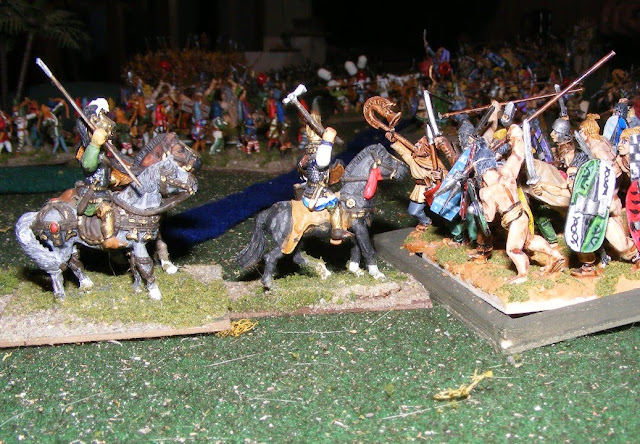 RAFM Skythian noble cavalry chases off some some barbarian tribesmen.