Since my decision to drop first Warhammer Ancient Battles and then the Mede-Lydian campaign, my poor battered collection of ancients has again been tossed on stormy seas. I have a plan in mind but it doesn't exactly have places for all of the existing figures. So I am left again to sort through seeing what should be saved, what should be scrapped or re-homed. The goal as always is that the available display area must not be exceeded and that figures should get to be played with often enough to be worth keeping.

I had been starting to think about making room by disbanding and disbursing my Greek and Persian troops since they don't fit into current plans  and if all are fixed up, there are too many for my current table space. Unfortunately I hauled them out for a game last week and it occurred to me that I've finally painted up enough to play a game and with just a little work I can put aside a Greek & Persian Wars "game in a box". Questions remain. How big a box? Who gets to be re-based? Who has to go?

For now the remaining hoplites can serve on their 20mm frontage per figure bases but I intend to cram them back into 8 figures per 60mm wide element, 12 such elements to make the core of a Greek alliance army supported by some skirmishers and cavalry. The Persians will stay on the looser frontage but 3 deep for 9 figure elements. Perhaps 20 all told. That leaves a few stray Greeks, especially lighter troops, not to mention that I really should add some Spartans which would mean bumping yet more existing Hoplites. Some of the excess Persians are easily co-opted into the later 5 Kingdoms fictional setting but others, I'm just not  sure about. Then there are some stray Italians left over from a foray into Carthage and there is the small band of Hellenistic pikes and peltasts who were to form part of the 5 Kingdoms but who just look too Hellenistic.

So, nothing decided but here are some of the troops whose fate is being pondered.

The miscellaneous Hoplite regiment composed of largely RAFM & Ral Partha figures and including a number of later hoplites, a mix of figures I like and others that I don't really.. 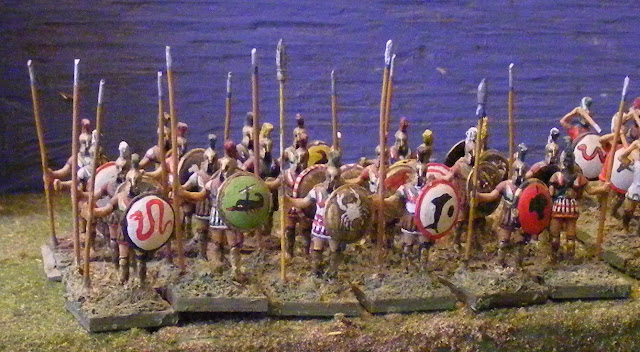 Rospak Hoplites, in service since 1982. Veterans but getting a bit tired, they drop their shields and spears a lot.

More Rospaks, also veterans, these never got new spears, they still have the 6 foot long ones, about 1/2 of which are broken as happened in real life apparently but distressing when you start a battle that way.

A "new" unit, only 4 years old. RAFM Seleucid  Arab levies recruited into my Persian army. Nothing wrong with them, I actually quite like them but which levies to keep? and is there a plausible place for them in the 5 Kingdoms where almost everyone else has pants and a tunic? 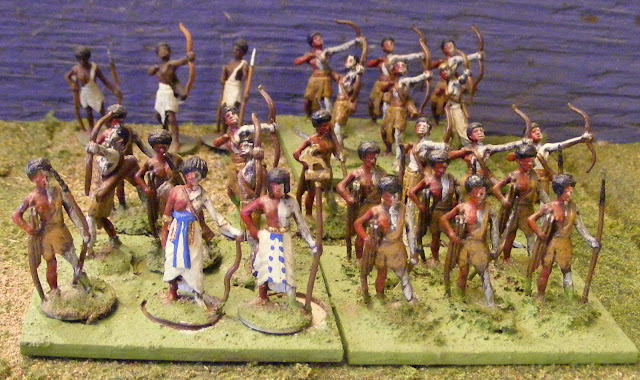 Thracians from Rospak, Ral Partha, RAFM and Corvus. One can always find a place for a few Thracian mercenaries. the question is how many and do I want/need a whole Thracian army as opposed to one unit of mercenaries. There's another score or more that need some sort of repair or just aren't based at the moment as well as archers, slingers and cavalry.

RAFM multi-part Thureophorai. Too late for Graeco-Persian Wars so how Hellenistic do I want my forgotten outpost city? Or, do I want to add a few more Garrison S&S figures instead......?

RAFM & Ral Partha pikes. I'm really not big on pike phalanxes, I just happened to have had them from an abandoned earlier project. 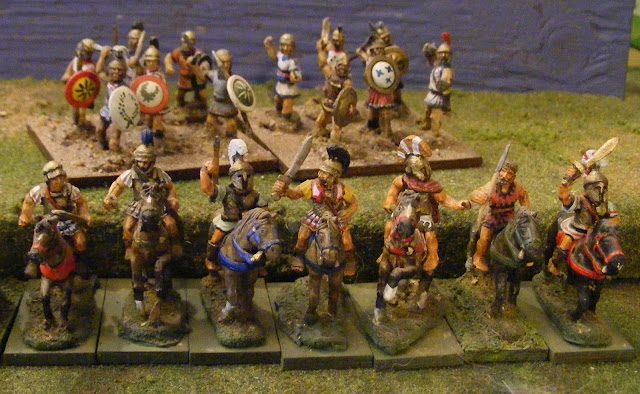 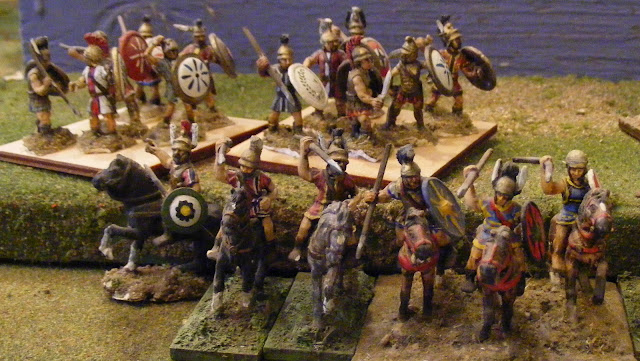 and the real strays, cobbled together Italians and some late Greek cavalry.
Posted by Ross Mac rmacfa@gmail.com at 1:12 PM