The Elephants are on the move

For those who don't follow my Game of the Month Blog, since the Gathering of Hosts and the Hearts of Tin rules are so closely aligned, I'm working on amalgamating them into a universal set with modules for different periods, for play with or without a grid, with either single figures or multi-figure elements with a variable scale. Sounds worse than it is or in other words, its not my first kick at this can. Actually, I only intend to do the modules I want to use but I'm ready for an Ancients test so the Three Kingdoms are at war again. The scenario is Crossroad from Grant's Programmed Scenarios. 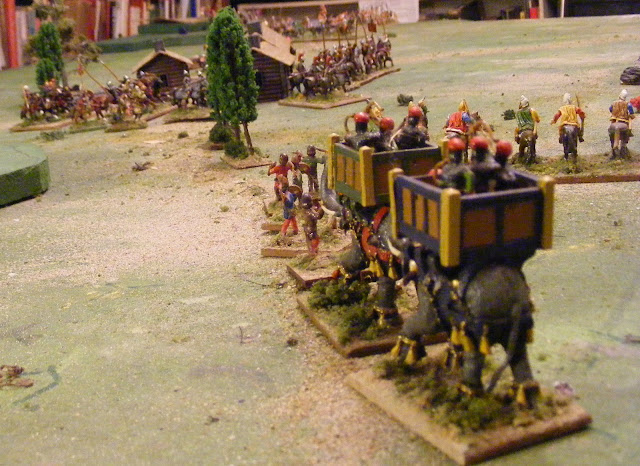 To be continued.
Posted by Ross Mac rmacfa@gmail.com at 4:19 PM