I was contemplating horse archers last week, both armoured  and firing, and wondering how to fit in my handful of  Tarun horse archers without building a whole army for them. Eventually I decided that with a bit of repainting to get rid of the Arabic looking stripes and disguise the flowing robes, I could mix them in with some Persian Clibinari. 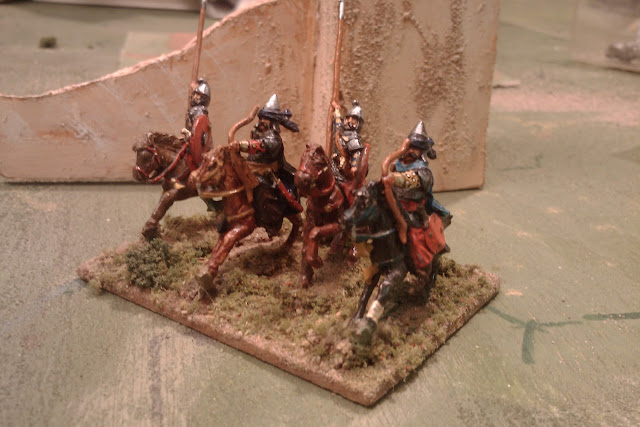 After doing them, I realized that adding a pugree and cloak to the Persians would have been easy and helped them to blend in. On the other hand, leaving them as is should make it easier to blend the stand in with my Iranian rebels.  I'm trying desperately to keep the size of these Bactrian of Beyond armies down. The Iranian rebels look like settling on 40 - 50 heavy cavalry so far. 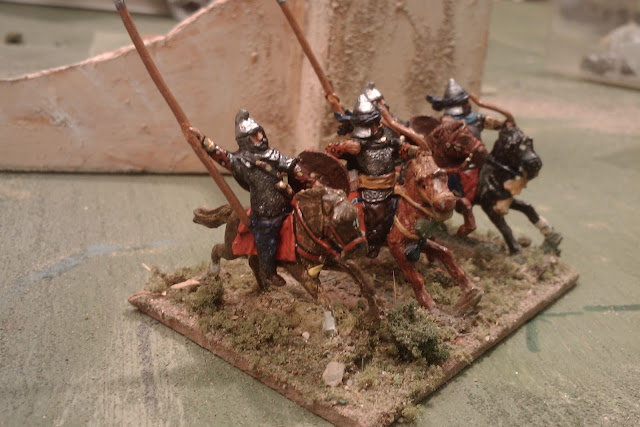 For some reason, I thought I had posted these pictures last week, better late than never and anyway, the 2 replacement Sassinid elephants aren't quite ready. Bloody annoying Hinchliffe kits to be honest but I'm glad to have the old team back. The one archer crewman who remains of the original pair still claims to remember nothing.
Posted by Ross Mac rmacfa@gmail.com at 6:35 AM