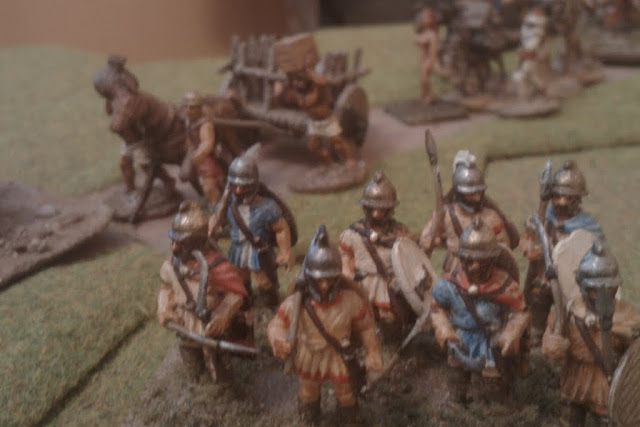 Corvus Thracian Mercenary Thureophorai escort a motley supply train.
(Trivia, the horse pulling the supply cart is  a hard plastic Marx horse whose 1st job was pulling a WWI artillery piece in the Over The Top playset.)

The next game in the Sino-Bactrian Border War Mini-Campaign has been fought. Thanks to a split decision double feature game last time,   a draw was declared and Wagon Train selected as the next game. 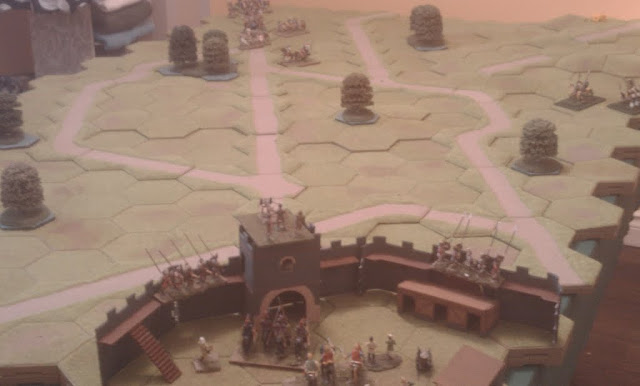 A familiar site to Scenarios for Wargames fans.
We tossed for sides with the result tasking the troops of the King of Bactria with safely escorting a convoy through hills filled with Chinese bandits, sorry, I mean  the advance guard of an Imperial Chinese expedition.  My force was composed of 2 units of mercenary Thureophorai, a unit each of javelin men and archers, a unit of horse archers and a unit of Macedonian style Heavy Cavalry Lancers. In the fort was a bolt thrower, some pikemen and a the important part, a unit of heavy cavalry and one of light javelin cavalry. 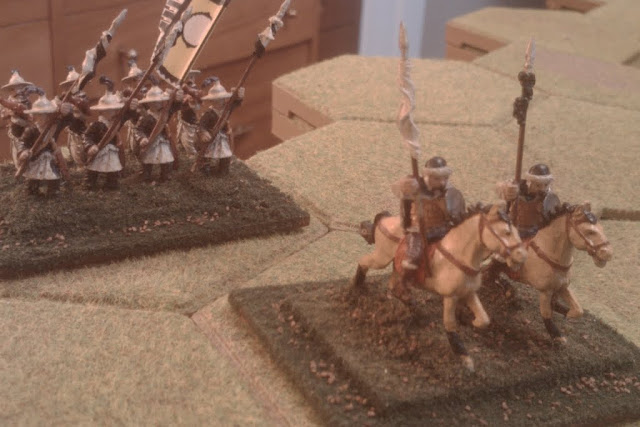 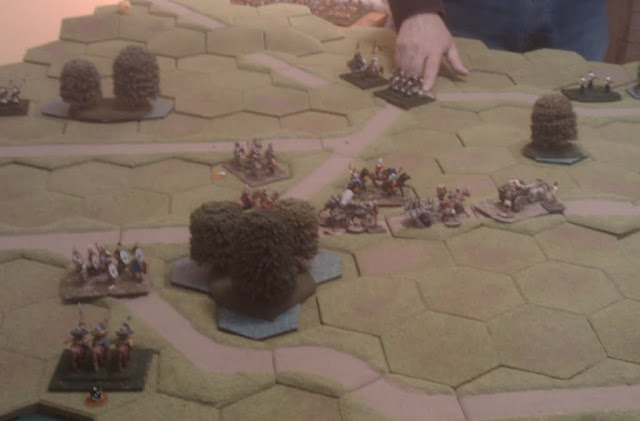 Now that the crisis is nearly past, the war artist comes out.
There were some sticky moments early on as Ron's cavalry arrived on either flank and rode over the skirmishers that I had deployed to guard the flanks of the train. They did their job though  and held up the Chinese cavalry long enough for the Thureophorai to earn their pay. By turn 8, after some nervous fighting, Ron and I were both down 2 units (2 skirmisher for me, a light cavalry and crosswbow unit for Ron with a hurting medium cavalry unit facing off with a damaged Thureophorai ) but the wagons were in sight of the fort with no enemy in between. 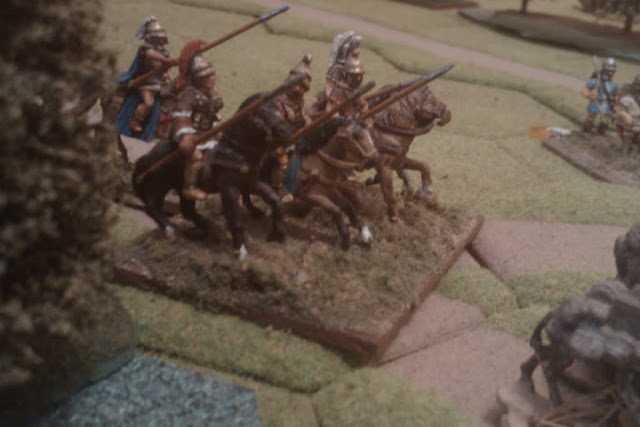 Alexander the Minifig orders the Companions  to wheel and ride down a unit of spear and crossbow armed Chinese infantry. Yee Haw!

At this point, fortune favoured me. The bulk of the Chinese infantry now came on behind the convoy. Unless someone could get in front of the convoy and stop it, they would not be able to intervene before it reached the fort. Unbeknownst to me, another light infantry sword unit arrived late through the big wood near the fort. By the time they found their way to the open, the convoy was past. A unit of skirmishers did manage to  almost get close enough for a shot but they couldn't get past the cavalry that had sortied out. 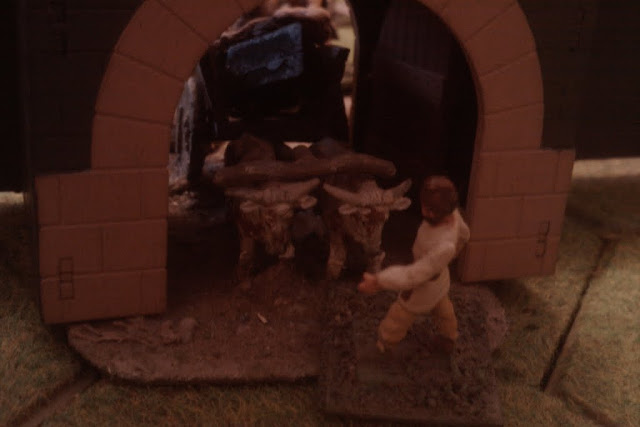 This is a scenario where the arrival times and places can make a huge difference. Would it had made a difference if Ron had moved his crossbows to an intervening position instead of moving up to support the cavalry? Who knows? What is sure is that I would have been in a world of hurt had the mercenaries not won their fights with the Chinese cavalry! A fun little game. Took about 2 hours of actual plying time to make it through to a conclusion in 11 or 12 turns. 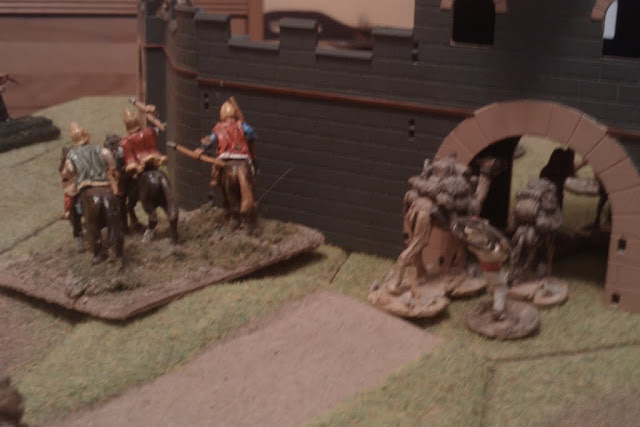