A Tale From The Days Of Long Ago

The days when the warriors of Valdur were smaller and more flexible. 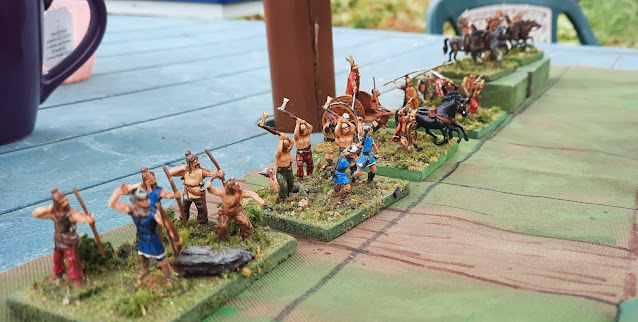 Dismayed by the encroachments of the Sea Raiders, King Aerophix led his host against the enemy.

Despite the enemy's armour and his shield wall, the Valdurian cavalry swept around the enemy right flank while the Valdurian  light troops harassed and slowed his centre. 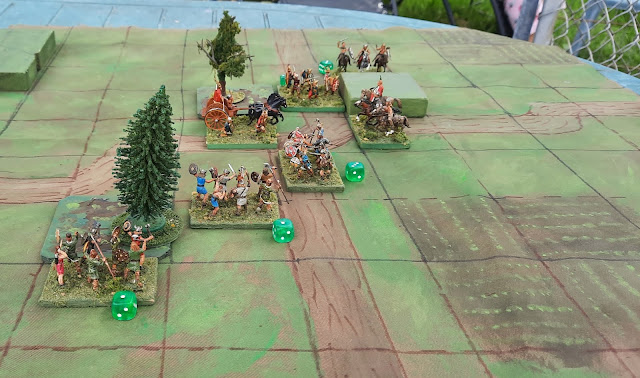 The battle was short and bloody. King Aerophix was lightly wounded but refused to let his chariot retreat lest his men lose heart. Inspired by their king, the Valdurians enveloped the Sea Raider line and cut them to pieces.  King Orion himself was severely wounded but his men did not abandon him. Drawing close around his wounded body, they carried him back to their ships to raid again when his wounds were healed.

Posted by Ross Mac rmacfa@gmail.com at 5:22 AM