Making a Come Back.

A few years ago I looked at adding a 40mm Medieval/Fantasy version of the 5 Kingdoms to this blog but found that I was sliding towards trying to do the same thing in two scales at the same time which wasn't what I had in mind.

Since then, the 25mm version, lets call it the Middle or Second Age of the Land, has found itself but in doing so has shrunk to 3 Kingdoms  and I have far too many discharged 40mm soldiers hanging about searching for employment while many of them have been conscripted into my  Prince Valiant setting, unintentionally shifting it from being my sole, designated, skirmish game to yet another battle game, one which keeps trying to turn itself into Romans vs Huns. 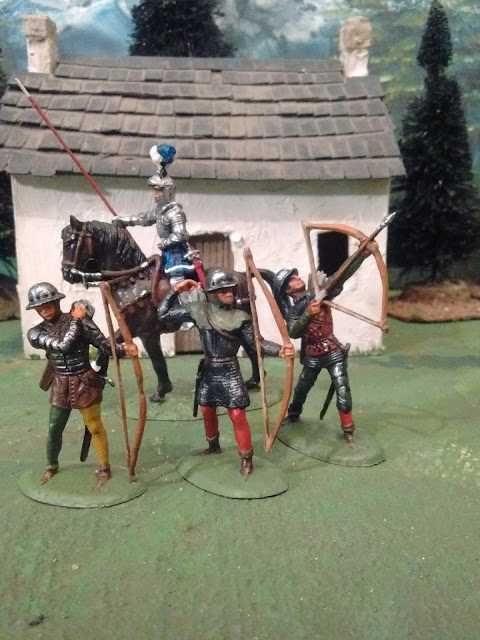 Last week, it finally occurred to me that the homeless medieval portion of my spare plastic 40's would serve well as a base for the Empire's forces about 200 or so  years after the Second Age while my incomplete Turkish army, including the homeless Huns, would do well for Turanians of the same era.  Problem solved with no overlap and a reason to finish painting a bunch more of the figures in the cupboard as well as being a home for the homeless painted unit! 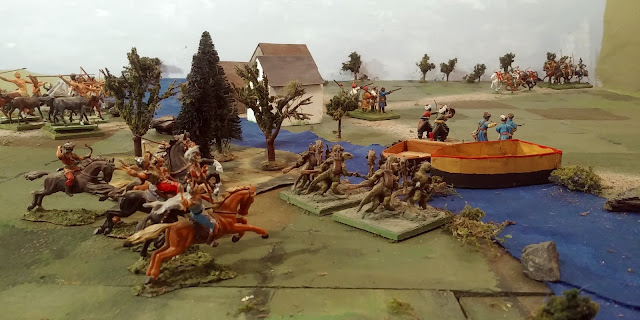